The myth of food miles 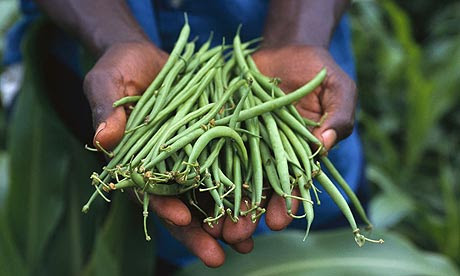 How the myth of food miles hurts the planet: "Ethical shopping just got more complicated. The idea that only local produce is good is under attack. There is growing evidence to suggest that some air-freighted food is greener than food produced in the UK. Robin McKie and Caroline Davies report on how the concept of food miles became oversimplified - and is damaging the planet in the process"

"A game? A game?! This isn't a GAME! This is SCIENCE!!
It has numbers and EVERYTHING!!"

So spoke the unstoppably psychotic planet-razing sociopath mad-scientist in an 80's era 'Dr. Who' Episode.