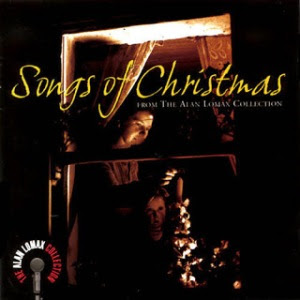 Alan Lomax Collection - Songs of Christmas: "Some of these rhymes, bits of plays, songs, dances, etc go back hundreds or thousands of years. I wouldn't really want to listen to this album a lot, but it's fascinating to hear this stuff once or twice (or perhaps once a year). A couple of the tunes though, are totally captivating and unlike anything I've ever heard (and I've heard a lot of things). It can transport you to another time and place, when we really experienced the dark of winter and embraced its impenetrable stygian gloominess at the same time that we called forth to the return of effulgent daybreak."

From Rounderstore: "Songs of Christmas From the Alan Lomax Collection was recorded by Alan Lomax and several of his colleagues in Britain, Ireland, Italy, Spain, the Southern U.S. and the Caribbean between 1950 to 1964. At the time, commercial forces were overwhelming local traditions, and many folk cultures stood on the brink of great upheavals that would forever alter their ways of life."