If ever there was such, here is incontrovertable proof that the Patent system is bent beyond all credibility: Patent #6368227


2. The method of claim 1, wherein the method is practiced independently by the user to create the side-to-side motion from an initial dead stop.


3. The method of claim 1, wherein the method further comprises the step of: e) inducing a component of forward and back motion into the swinging motion, resulting in a swinging path that is generally shaped as an oval.

Licenses are available from the inventor upon request.

via freepatentsonline.com, on a sidebar tip from Rob Brezny

I don't know about you, but my friends and I were doing prior art on this long before not only the birth of now 17 year old 'inventor', but very likely before the birth of either of his parents or his patent lawyer. If the examiners could accept this as intellectual property, what won't they accept? 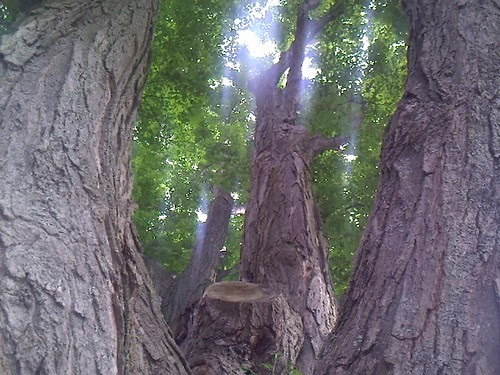 The schoolyard fenceruns right through it out behind Hillcrest Elementary;
the boys say it may be a Totoro tree.