Everything popular is wrong: Making it in digital music, despite democratization

Everyone keeps doing the same thing out of the fear that the slightest deviation from the norm will scare away the small remaining, yet patient audience who goes along because of a lack of alternatives (we dance either because we paid or because the drugs kicked in). 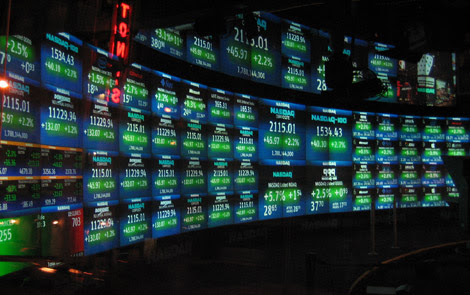 Did that depress you? Now, here comes the good news: exactly because everyone seemingly performs to the lowest still acceptable standards, all you have to do as an artist is to unleash disproportional waves of creativity. Since nothing promises secure success anymore, all considerations to what ???works in the marketplace??? can be freely dumped and forgotten. The more out there you get, the better. It???s the only way to stand out in a totally dull environment. The advantage is, put cynically, that the old channels are jammed. Whoever tries to break through them following ???proven??? old ways (which usually means emulating other people???s career paths) is wasting time and energy.

A very thoughtful article by Stefan Goldman, well worth the read; he has a point and he sets out some decent advice: 'step outside the box' appears to work here and there, at least momentarily, perhaps enough to get to that next gig and, as one commenter puts it, "killing expenses, whatever it takes to immerse in the task full time, and maybe I am misunderstanding his gist, but ... what if that's not all there is?

What if it is not the chops that need perfecting, but the one who wields the axe? This is my own approach, although admittedly I really suck at it, but I figure, as Gene Krupa put it, if you're going to die, you might as well die doing your own thing.

To be a workable theory of art, one must rest on one's priors, so let us consider what Pablo Picasso said:

???Art is just another way of keeping a diary???

If this is so, then our way to garner audience attention is not simply to out-do the oddity of our last LOLCats post, but to be an interesting diarist, to be someone who has something to say, and interesting to a degree that we really want to know what that person is going to say next. So we the audience hang on the feed awaiting the next releases, and through that person, we discover others who are also following these ideas and in there we have a community, a network.

Whether you are a minstrel or a symphony orchestra, given a tuned-in network of like minds, all sorts of commerce-like things can happen; given a large enough network, it starts to feedback and self-inspire itself, and given a still larger network, sales people will get interested in piggy-backing on it (which is not always, if ever, a Good Thing)

This, it seems to me, is a fair description of the successes we see in the wild, of, for example, phenomena we today call Darcy James Argue and The Bad Plus: artists with a message and a mission, the mission itself transcendent of the particular temporal recordings so much so that someone else in a pub playing Transit is still interesting, but clearly not as much so. The work is only a step in the evolution, a transition point on a journey and we are invited along for the ride.

The key here is in being an interesting art diarist, in becoming, in having something to say in the next work that expands on what was said in the work before; it says nothing about the low barriers to entry or the ease of posting any doodle to iTunes. In an art, there needs be a direction, a vector out of the past and through the present into some place in tomorrow.

Beethoven didn???t just dream up nifty sounds that were ???neater??? than the last, he had a system, he was on a quest, he had a theory of where his music had to go; each and every composition (outside of commissions for money) was a targeted probe, a further exploration into that space, each new symphony was the logical successor to the prior, building from the learning experience, going forward with a purpose.

Mahler then picked up from Beethoven, and kept running, another interesting musical ???diarist???; Schoenberg then did the same, and Cage ditto. Each was moving in a direction, applying themselves to exploring where this thing we call music had to go, inevitably, carrying things to their logical conclusion. This is the passion that propelled them. It wasn't about penthouse suites. It wasn???t about spandex and wigs and arriving in a cocoon.

So it behooves the artist to become interesting first, and then make their art out from that foundation, tangible proof of their point. To be 'experimental' is more than just being weird and 'unique', it is about gathering experience and confirming or challenging the working hypothesis.

To some extent the ear-candy people are doing this too, only the theory they are applying towards is finding maxima in sales and bums in seats, which, to be fair, is nonetheless a quest and a scientific endeavour that has lead them to all sorts of clever inventions in the pursuit of cash register and ticket receipts.

I would just, myself, however, hope to find me some diarists with something a tad more interesting to say, and more over hope as well to be one :)

re: Don't Make Me Steal

On February 3rd 2011 about 20 people got together for a workshop at the Lift11 Conference. We all had one thing in common: love for movies. We noticed that we all struggle with the current content delivery landscape, find it difficult to legally obtain the movies you want to watch and think that it could all be much easier.

This is why we collaboratively came up with the Digital Media Delivery Manifesto that can be signed on this page.

And who knows, in the end, maybe content providers will understand our needs. And the fact that we are not their enemy. We are just huge fans of movies who would love to pay for their content. If only it weren't so damn difficult.

Hear here! They're there. But ... will the RIAA members listen and catch up?

“Large amounts of energy will be required to fuel economic growth, increase standards of living, and lift developing nations out of poverty.” (Brown et al., 2011; see Figure at left).

A key message from Brown et al. in their must-read empirical and theoretical summary of relationships between energy and economic development.   The paper reveals a hard fact of human systems: increasing development is coupled with increasing energy use and both of these are going in the same direction- up! Though whether one causes the other will probably remain a chicken and egg discussion forever, they show that Kleiber’s 3/4 power law, a foundational discovery in understanding the evolution of higher organisms, populations,  and even ecosystems also applies to human systems (as it does to social insects; eg Hou et al., 2010).  Perhaps this is not surprising given the resemblance between the network structures needed to support urban systems (roads, etc. eg. Bettencourt et al 2007), and the veins and other distribution systems needed to support the metabolism of higher organisms that are thought to give rise to these power laws.

The power law relationships revealed by Brown et al. indicate that to support the world population in 2050 in the current US lifestyle would require 16 times the current global energy use.  This is a huge number- and not much better if we substitute Switzerland's per capita energy use (about half that of the USA).  It is also true that our use of carbon-based energy is already changing global climate, fossil fuel use is ultimately unsustainable, the alternatives are expensive, and that in the process of using more energy we humans will change the world even more (Smil 2005).  But who would have imagined 300 years ago that humans could fuel a developing society without using more wood and horses, or the changes in living standards and longevity associated with the move to more energy-rich societies?  While we are changing the world forever, the evolution of human systems is just beginning.

Something to ponder as we roll around again to the annual misguided ritual of Earth Hour: the problem isn't that we use the energy, but rather far far more urgently the problem is how we acquire that useable energy. Numerous other studies already both predict and discover the counter-intuitive waste that results from increased conservation -- for one thing, as the demand goes down, the price goes down, making the product far more appealing to those who would waste it. 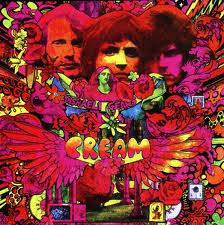