It's our anniversary of our first date, so I say "Let's watch a movie!" and May says ok, which one, and I say, "How about Attack of the Mushroom People?" and May says, "What's it about?" 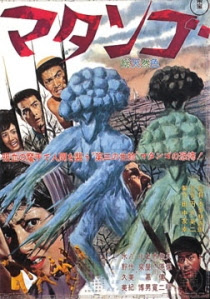 and I say listen, it's TOHO, it's 1963 and it is called Matango: Attack of the Mushroom People

-- how could there be anything else to know?  well, if you must know, there's http://www.imdb.com/title/tt0057295/ where we learn how the film was nearly banned in Japan because the makeup was very reminiscent of how many people looked after the atomic bombing.