Traveling in an urban environment can be daunting, particularly if you’re sightseeing in a new place. If you’re lucky enough to be in Paris, where rental bikes dot the landscape (or in the future, where these awesome energy-generating rental bikes live), you’ve got it made. But for the rest of us? We can either drive, try to learn the mass transit system, or hoof it. 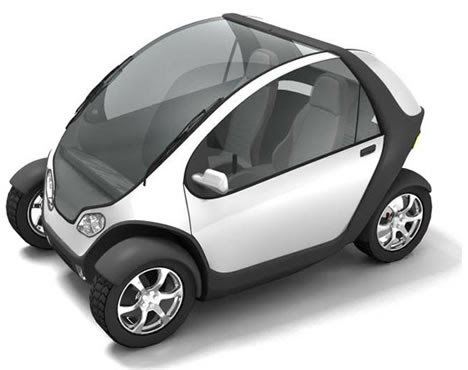 Thanks to a group of tireless researchers at MIT, we might have another option in the future. These nifty stackable cars, dubbed CityCars, could one day be available to rent, just like those Parisian bikes. They’re electric, so there’s no need to worry about filling them up. You just grab the first fully-charged one on the rack and go. The racks would be located outside of tourist spots and mass transit stops, making it much easier to fill in the gaps in a city’s transit system. And since the project is getting stylistic input from legendary architect Frank Gehry, you know you’re going to look ultra cool riding around in one.

via Stackable Robot Cars: The Future of Green Mass Transit

Yonge & Adelaide tangled up in great swarms of these things would be like an adult version of those electric mini-car derbies they have in the malls for the toddlers! Seriously, though, can you imagine if Toronto closed off all traffic except delivery/emergency arteries and left the rest to the likes of these mutant golf-carts? Set up whole regions as "No Combustion" roadway zones and you can bet your bippie the other auto-makers would rapidly join GM in rolling out special purpose and custom-taste variations of the electro urban-podcar, and who cares if hydro/electric is limited by charge and the lightweight frames limited in speed: It's only really a few km from Steeles to Front St (just seems light-years away) and Toronto trafficbarely ever beats 40km/hr anyway!