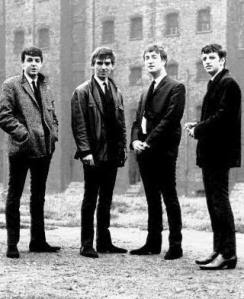 FA??CINATED: "For starters, it seems to me that over the course of history very little of what we now think of as great music was produced specifically because the people making it were concerned about making the music a commercial success"

I know many of you have heard me say nearly this verbatim, and I know many who have rolled their eyes at it, but here it is, proof of the existence of at least two others out there who share my "naturally unpopular but important" point of view.

I'll go one farther too, and point out that all of the musics now considered marketably popular, be that hip-hop or baroque, bebop or troubadour, without exception all genres were pioneered by people who weren't in it for the money, and only later appropriated and exploited by the unimaginatives who were. Yes, I know, that's a pretty strong generalization, but I am open to any spectacular counter-examples.
Posted by mrG at 10:11