The Defense of Pepperland

This film is no fiction 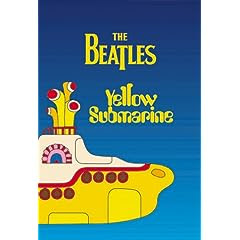 Everyone decries the decay of our civilization. Pollution, crime, vandalism, distrust, lockdowns in the schools, deadbolts on the doors, the homeless everywhere, endless demonstrations, lawyers and regulators at every turn. What happened? How did we get so bonked? As Soft Machine sang, "Why are we sleeping?"When I recruit players for our community band I tell them of Yellow Submarine. I remind them of that scene where the lads from Liverpool must tip-toe in the night, up past the guards and their dogs, their urgent mission up the hill to break into the sealed-up grand bandstand and the bandroom where the ancient brass-band gear of Sargeant Pepper's band is locked away."What happens next," I tell them, "is what WE do." Our job, as community musicians, is to sustain Pepperland.

To my disappointment and shagrin, I've heard players put down their community bands. They look down at honest citizens working their best to barge in and defend where these 'pro' players fear to tread: oh they are just amateurs they'll say, oh, it's that music, as if it is not hip, not with-it, not real music, not real like, say, commercial fodder like RnB or Heavy Metal.

They may be happy to know that Sun Ra agrees with them, that it isn't anything like their paid gig commercial music, because it is The Avantgarde:

"While in HS I never missed a band.. the music they played was a natural happiness of love, fresh and courageous. It was unmanufactured avantgarde and it still is because there was no place for it in The World. Part of the emptiness of teen life today is due to that fact."

So is it not hip to set yourself to the rescue of civilization? Is it not cool to communicate sparks of Apple-antidote free living spirit into the open air ... and ask nothing in return? yes, dear 'pro' player, transcend the cashback, wake up and smell the now: a message from your ancestors, Yellow Submarine teaches us that a part of that emptiness of your adult life, too, is due to that same Sun Ra fact! :)
Posted by mrG at 14:50